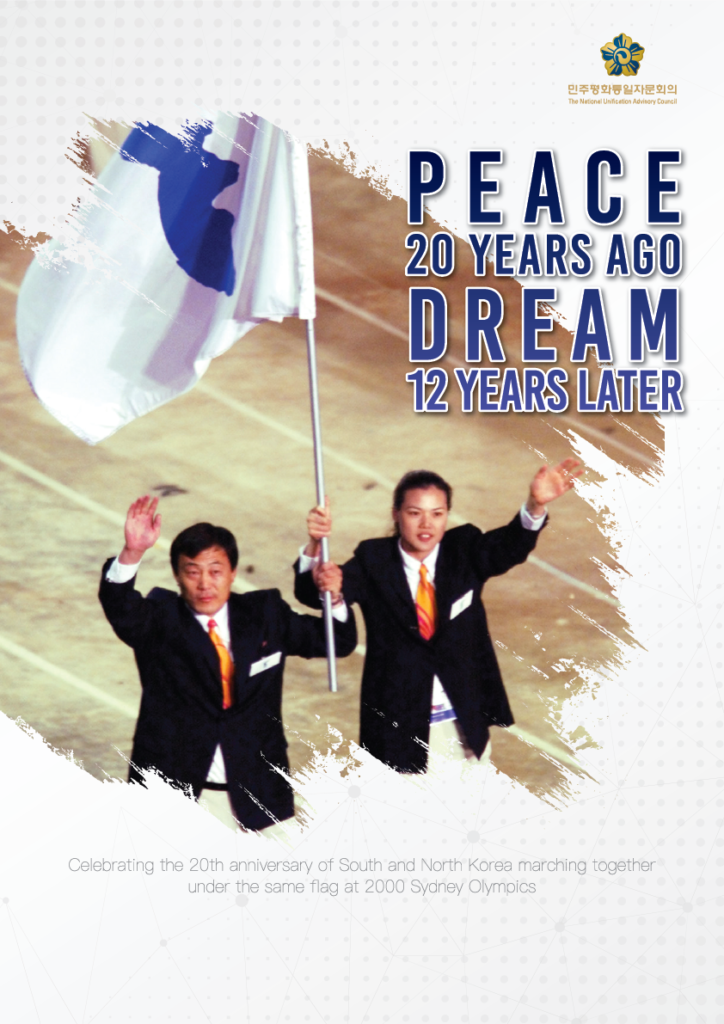 Celebration of the 20th anniversary of the joint entry of South and North Korea at the opening ceremony of 2000 Sydney Olympics continues.

Now, the exhibition moves online to expose it to the wider communities in Asia Pacific region and further highlight the emotional, historic and significant moments of South and North Korea marching together under one flag in the same uniform for the first time since 1945 division in the wake of the end of the WWII.

This virtual exhibition in 3D features the photo exhibition, the media coverage displays and the VTR showcases which include interviews with key figures who made the Sydney Olympics most memorable.

It is indeed an unprecedented orchestration of 603 Korean community leaders in the Asia Pacific region uniting all together to promote the occasion so as to bring about the international community’s explicit support for the Korean Peace Process initiated by the Chairman of the National Unification Advisory Council, the President of Republic of Korea Moon Jae-in.

The NUAC, a South Korea’s constitutional body, is a Presidential consultative forum set up to establish and implement policies on democratic and peaceful unification on a bipartisan and pan-national perspectives.